My Emergency Room 24/7 Our Services Seizure 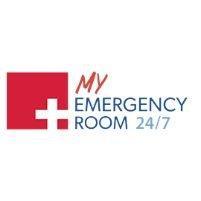 A seizure is a sudden surge of electrical activity in the brain that causes short-term changes in behavior, movements, or levels of consciousness. Although seizures are the primary symptom of epilepsy, having a seizure doesn’t necessarily mean that you have this disorder. The board-certified doctors at My Emergency Room 24/7 in San Marcos, Texas provide immediate care for patients of all ages who have experienced, or are experiencing, a seizure. Call for more information or walk in for prompt, no-wait emergency care.

What is a seizure?

A seizure is a symptom of an electrical problem within your brain. It occurs when a sudden, abnormal surge of electrical activity takes place, causing temporary brain dysfunction.

Most people think seizures only cause uncontrollable body movements or convulsions, but they can also cause the affected person to stare blankly or briefly lose consciousness.

Most seizures fall into one of two categories:

The common underlying causes of seizures tend to vary by age. Children are more likely to experience seizures when they have a very high fever or when their body is fighting off a severe infection.

Adult seizures can occur due to lack of sleep, head trauma, stroke, certain antidepressants, or pain relief medications. Anyone who experiences two or more unprovoked seizures at least 24 hours apart is usually diagnosed with epilepsy, which is a seizure disorder.

When is a seizure a medical emergency?

Most seizures last from 30 seconds to two minutes and don’t cause long-term problems or complications. Situations that should be treated as medical emergencies include:

Call 9-1-1 if you witness someone having a seizure and they don’t resume consciousness, or their breathing stops once the seizure ends.

How are seizures treated?

Because seizures increase the risk of fall-related injuries, the most important thing you can do to help someone who’s having a seizure is to get them into a safe position on the floor.

If a seizure is related to a high fever or heat exhaustion, treating the underlying issue can resolve the problem. When there’s no apparent cause, the team at My Emergency Room 24/7 can use a variety of tests, including a computerized tomography (CT) scan, to check for signs of a stroke or other brain abnormalities.

Although accurate treatment depends on a proper diagnosis, patients who suffer from recurrent seizures can usually benefit from anti-epileptic medications, which help reduce or eliminate seizures.

To learn more about emergency seizure care, call My Emergency Room 24/7 or stop in today.